Tree trimming and pruning are vital areas for the health of a variety of tree types, particularly those that produce fruit. Important for everything from sunlight exposure to air circulation and structural integrity, trimming trees properly and in a timely fashion will make them healthier and cause greater production of quality fruit.

At Reliable Tree Care, we offer a wide range of tree trimming services, from basic tree shaping to branch structure pruning, crown restoration and even removal when needed. Let’s look at some of the major themes we’ll touch on when we discuss trimming your fruit trees with you, including the proper timing and areas for said trimming plus the best periods of a given year to consider these services. 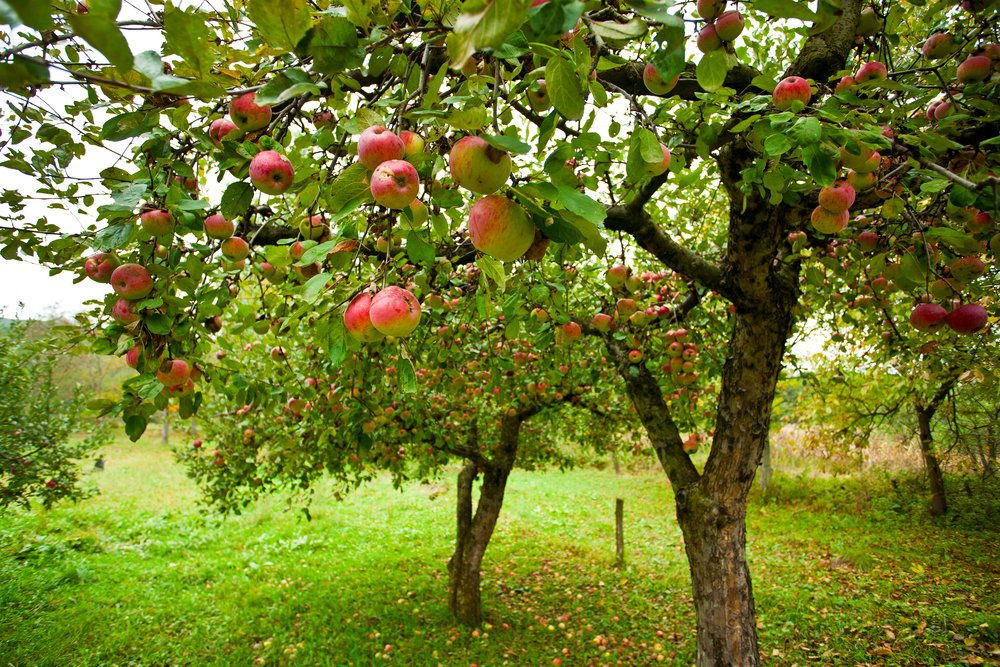 Trimming becomes an important consideration for fruit trees early on in their lives, as they’re still developing branches and overall structure. It’s vital to trim properly and remove unhealthy limbs, plus any that might interfere with the growth of nearby sections.

Now, this trimming cannot begin right away. Most new fruit trees require at least a year of their own growth before we can begin trimming away their limbs – this is to allow them to draw enough nutrients and establish a proper root system. Once this time has passed, we’ll work with you to identify the limbs that are best-positioned and most healthy, then trim away others that might hinder their progress.

There are a few general signs we’ll look for that indicate a possible need for trimming in a given area:

Most fruit trees become dormant during the late fall period we’re about to enter, and trimming is often best done just after this dormancy hits. The tree will be less active overall, with limited sap flow that makes trimming simpler and more convenient. In addition, the lack of fruit and foliage due to seasonal dormancy makes it much easier for our experts to identify the right limbs to be trimmed. During spring and summer months, a previously-pruned fruit tree will have limited blight risks as well.

For more on the value of trimming for fruit trees, or to learn about any of our tree trimming or removal services, speak to the staff at Reliable Tree Care today.

We have many large pine trees in our yard, 45+years old. We trust and rely on Reliable Tree to keep our trees alive (spraying for bugs and deep root feedings). They were also able to come out and give advise a few years ago after my Blue Atlas Cedar was attacked by woodpeckers, haven't had any problems since. Thanks Team

Always let me know when they are coming and always come on time. A discount for paying upfront for the year's service has saved me money. I have a LOT Of trees and caring for them is a big investment, but feels worth it. I've been with this company for years and they have done a good job for us.